THE ELEPHANT WHO FORGOT

There was once an Elephant who had the worst memory of any pachyderm in history. He forgot everything: which waterhole provided the best wallowing; which mango-tree grove had the sweetest, juiciest mangos; and he never, ever, remembered the birthdays of his family.

In fact, he wasn’t precisely sure which, if any, of the elephants in his herd, WERE his relations!

“Don’t you know who I am?” asked his sister in considerable irritation and he innocently replied, “I’m sorry, I forget…”

“Don’t you even recognise your very own brother?” angrily demanded his own very brother and, since he didn’t, he could only reply, “I’m sorry, I forget…”

Eventually, his relatives shunned him and even his mother, to her great distress, decided that she had no choice but to disown him.

The Head of the Herd (an elephant of venerable age and great authority) summoned the Forgetful Elephant to give an account of himself but, unfortunately, he forgot to turn up for the appointment.

“You are a disgrace to pachyderm-kind!” said the Head Elephant when their paths finally crossed. “You should be ashamed to call yourself an elephant!” Then, glaring down his trunk at the miscreant, he trumpeted: “You are forthwith banished from the herd! Now GO!”

So, the forgetful Elephant sauntered off and no one saw or heard anything of him for many, many years.

But then, at long last - when all the other elephants of his generation had grown old and gone to the Elephant’s Graveyard - the forgetful Elephant was discovered to be still alive and wandering absent-mindedly through the world. 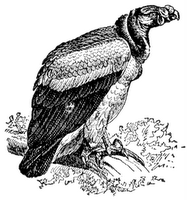 The Old Vulture, who was charged with overseeing such delicate matters, flew around for a great many days looking for the Forgetful Elephant in order to find out why he had outstayed his allotted time-span.

“You were never supposed to have lived this long!” the Vulture crossly announced when, eventually, he tracked him down.

“Oh,” replied the Elephant, genuinely surprised and even mildly interested, “I didn’t know that…”

The Vulture continued: “You should have gone to the Elephant’s Graveyard long ago!”

“Oh,” said the Elephant again, “I didn’t know that either…”

“Every creature under heaven,” explained the bird, “is told when the time has come for them to die. Were you not told?”

“I don’t know,” replied the Elephant with complete truthfulness, “I forget…”

The Old Vulture nodded, turned his back and went away to file a report saying that he had been unable to find the Forgetful Elephant. He had decided, on this occasion, not to enforce the rules since he thought that anyone who refused to accept the limitations imposed on them by convention - even if it was only because of a bad memory - deserved some reward.

And so, to the best of my knowledge, the Elephant is still alive, somewhere in the world. Of course, if he is ever asked how old he is, his answer is always the same: “I’m sorry, I forget…”